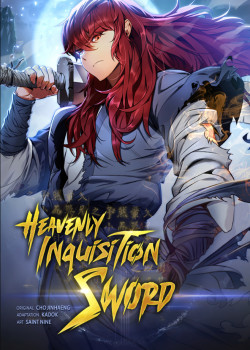 By Redice Studios, the ones who brought you and ! “He is the master of the Nine Heavens.” Yeon Jeokha was the child of a second wife. Viciously bullied by his father’s first wife and his siblings, he was later imprisoned in a warehouse after his father died of illness… It has been ten years since his escape after he had learned martial arts that were out of the world. “I regard the Yeon Family with great bitterness.” The unstoppable adventure of the sole successor of the Heavenly Inquisition Sword, Yeon Jeokha, begins now!